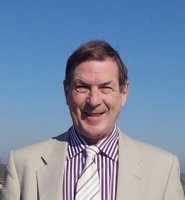 Colin has been closely associated with the East Riding  County Choir since 1991, first as accompanist but in recent years also as deputy conductor before being appointed as Musical Director in April 2014.  He was also accompanist for thirteen years until 2010 to the Hull Choral Union and for many years he has been involved in a wide variety of musical activities as organ recitalist and piano or organ accompanist, frequently appearing in concert with a number of other local organisations, including the Hull Bach Choir.

Originally from West Middlesex, Colin won an organ scholarship to St Catharine’s College, Cambridge in 1964, where he studied organ and choral practice, later gaining the award of Fellowship of the Royal College of Organists. From 1996 until his retirement in 2010 Colin was Assistant Organist at Beverley Minster and since 1999 has been a member of the Music Examiners panel for Trinity College London having undertaken tours in Europe, South Africa, Australia and New Zealand, although he is now only involved in music theory.

In 2009 Colin took retirement as a member of the Music staff at the University of Hull, although he continues to teach part-time and give recitals, including playing for degree ceremonies. He was appointed a Fellow of the University at the beginning of September 2010.

In 2015 Colin was awarded a doctorate on completing his Ph.D thesis on the subject of aural perception.

Colin has recorded two CDs of organ music at Beverley Minster. The most recent, entitled English Concert Music, features several works by composers associated with the East Riding of Yorkshire. His main interests outside music lie in local and family history, languages and travel abroad and include also a spare-time interest in philately.